The Bell Hotel has been welcoming guests to stay and dine in Sandwich, Kent since Tudor times. A Bell Inn has existed on The Quay, adjacent to the Barbican Gate and Toll, overlooking what would have been the harbour, now the River Stour, since about 1300. The present listed building is mainly 19th century. Today with its thirty-four ensuite bedrooms, a Georgian Regency room catering for up to 100 guests, the Stour conference suite overlooking the river, a restaurant with lunch and dinner menus which vary with seasonal availability and two bars, that importance is set to continue. 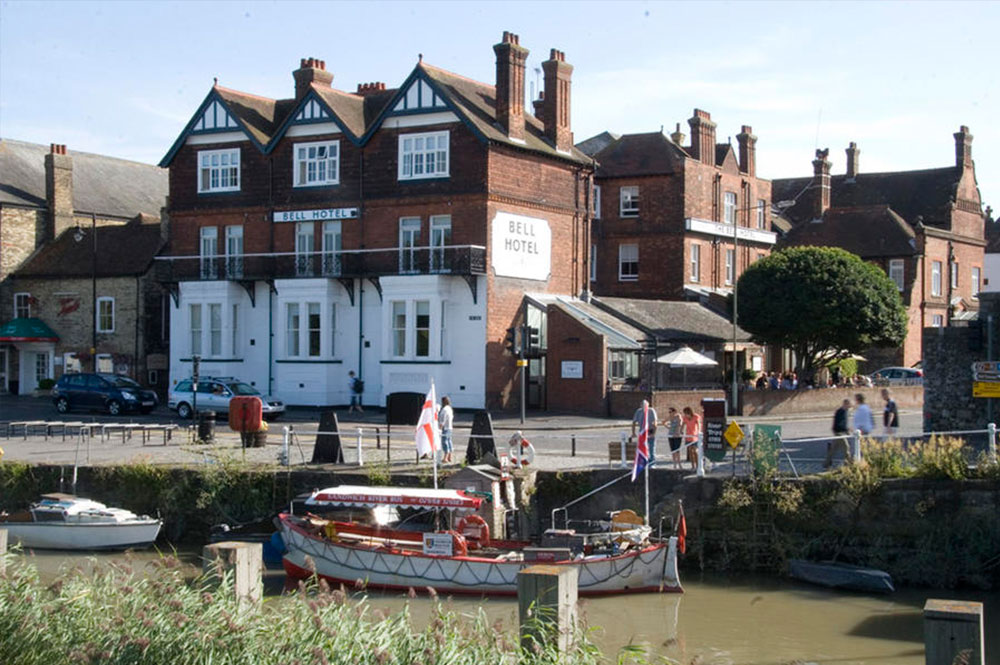 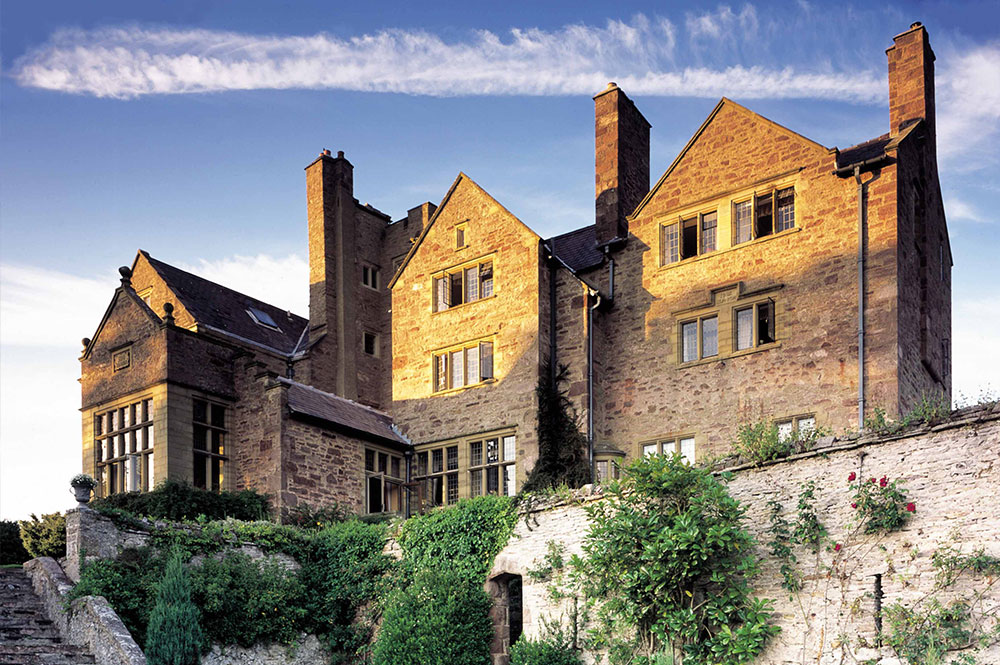 Bodysgallen Hall & Spa lies at the end of a winding drive in 200 acres of wooded parkland and beautiful formal gardens. Magnificent views encompass the sweep of the Snowdonia range of mountains and the hotel looks down on the imposing medieval castle at Conwy. This Grade 1 listed house was built mainly in the 17th century, but the earliest feature is a 13th century tower, reached by a narrow winding staircase, once used as a lookout for soldiers serving the English kings of Conwy and now a safe place from which to admire the fabulous views.

Celtic Manor Resort hosted the Ryder Cup in 2010. It is set in 2000 acres of parkland in the Usk Valley. It comprises a 5-star hotel and a historic 19th-century manor house. There is the award-winning Forum Spa, as well as 6 restaurants and 3 championship golf courses. There are 2 adventure golf courses and the treetop adventure course Forest Jump. Clay pigeon shooting, fishing and mountain biking can all be arranged. The Celtic Manor Resort features a range of facilities to ensure the success of guests business events and special occasions. These include a comprehensive convention centre and exhibition hall, 31 function rooms and 5 restaurants. 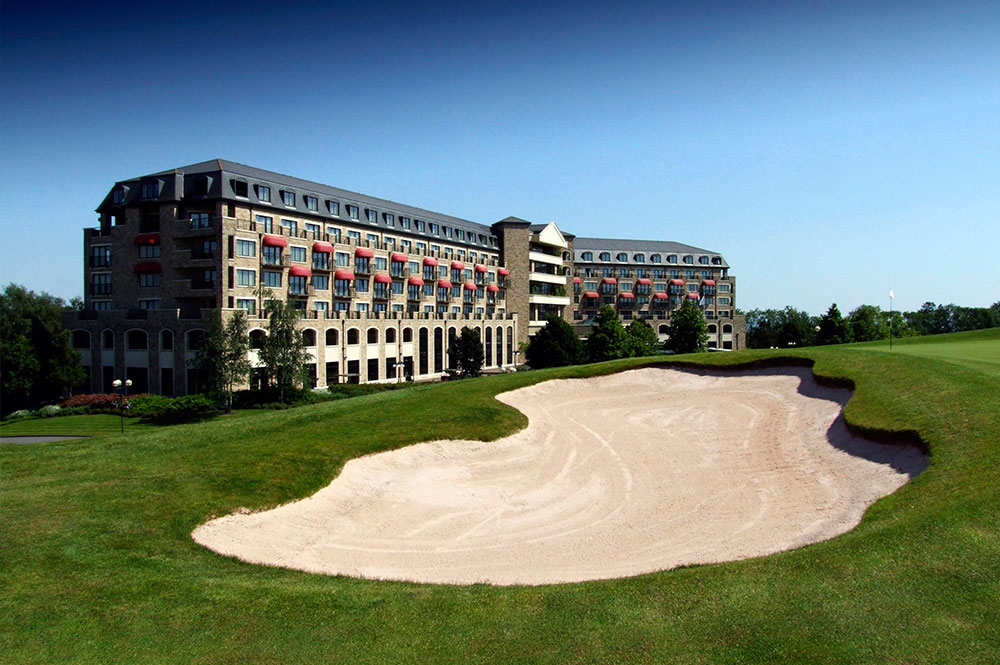 The Chester Grosvenor and Spa 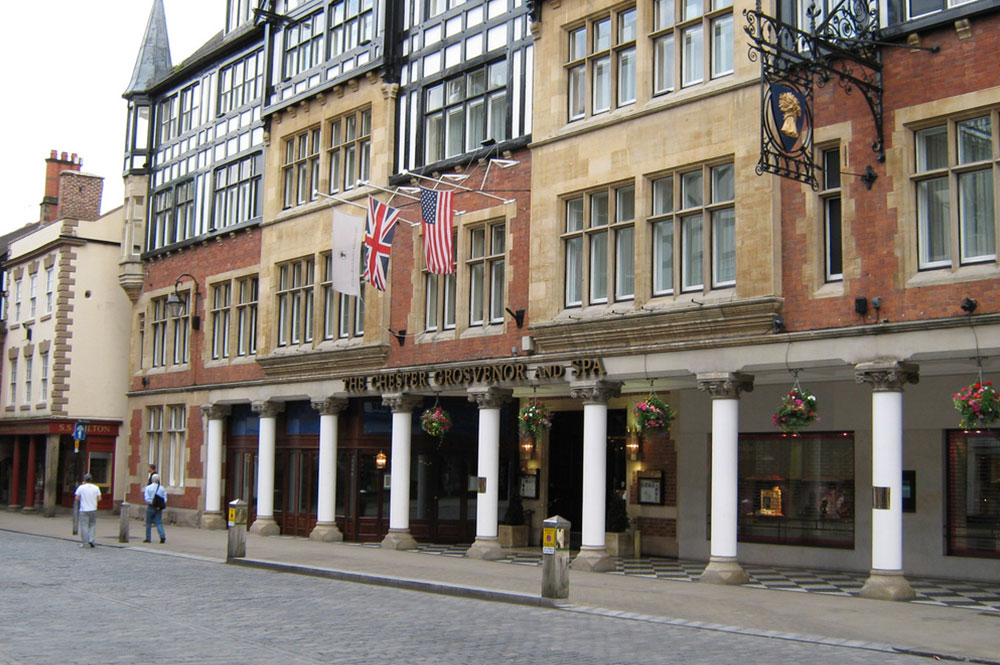 A member of Small Luxury Hotels of the World, The Chester Grosvenor and Spa is situated in the centre of historic Chester, close to the Roman walls, Chester Cathedral and the famous Eastgate Clock. The hotel is ideally situated in the north-west of England, close to the motorway network, north Wales, Liverpool, Manchester and the Lake District. Manchester International Airport is only 45 minutes by road. The Chester Grosvenor’s Grade II listed building, with its black and white timbered faade, belies the modern elegance of the hotel interior.

The hotel has 68 bedrooms and 12 stylish suites, all individually designed and beautifully furnished with the finest fabrics. There are two award-winning restaurants, most notably Simon Radley at The Chester Grosvenor, previously named Arkle, which has recently undergone a gentle refurbishment. The restaurant has retained its Michelin star for the 20th consecutive year and is one of just 26 restaurants in the UK to have been awarded four AA Rosettes.

All 125 bedrooms are ensuite and most have been completely refurbished and are all traditional in style – many of them with four poster beds. All rooms have trouser press and satellite television. The decor is very warmly furnished in deep reds and yellow. All rooms offer free broadband Internet access, air-conditioning and minibars as standard. The hotel has one restaurant serving original English food in a relaxed setting.

A roof terrace has been added for al fresco dining during the summer months – perfect for gazing out over the serenity of the beautiful gardens. The hotel has excellent reputation for home cooked tasty food. The hotel is a traditional, red brick building with a Tudor style facade. The lobby is medium in size and intimate with comfy sofas and an open fireplace. The hotel has a traditional lounge serving drinks and cocktails. There is also a croquet lawn, outdoor heated swimming pool open from May to September and putting green. 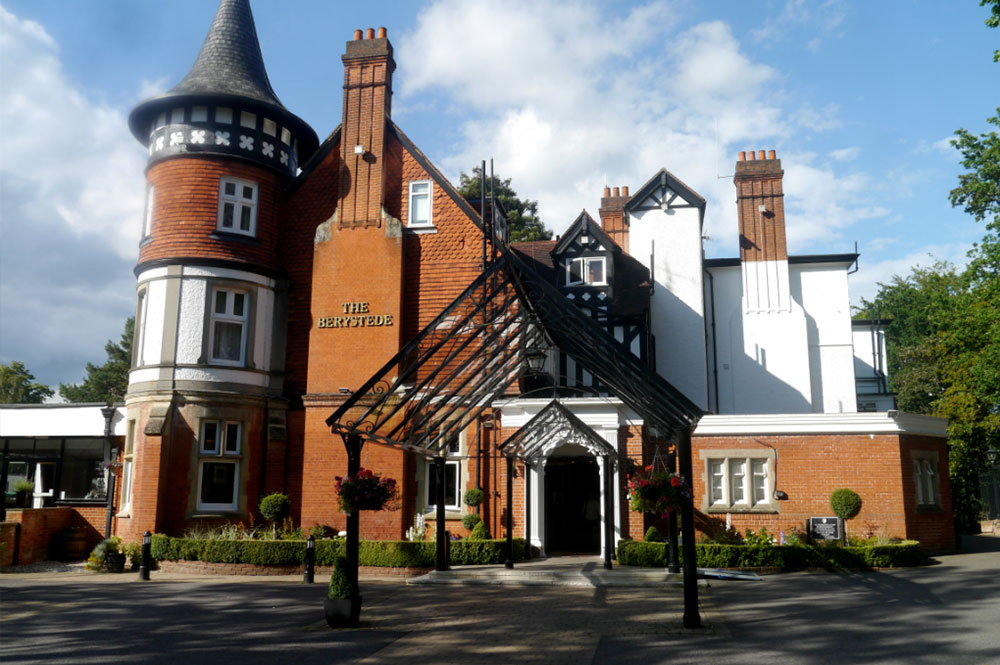 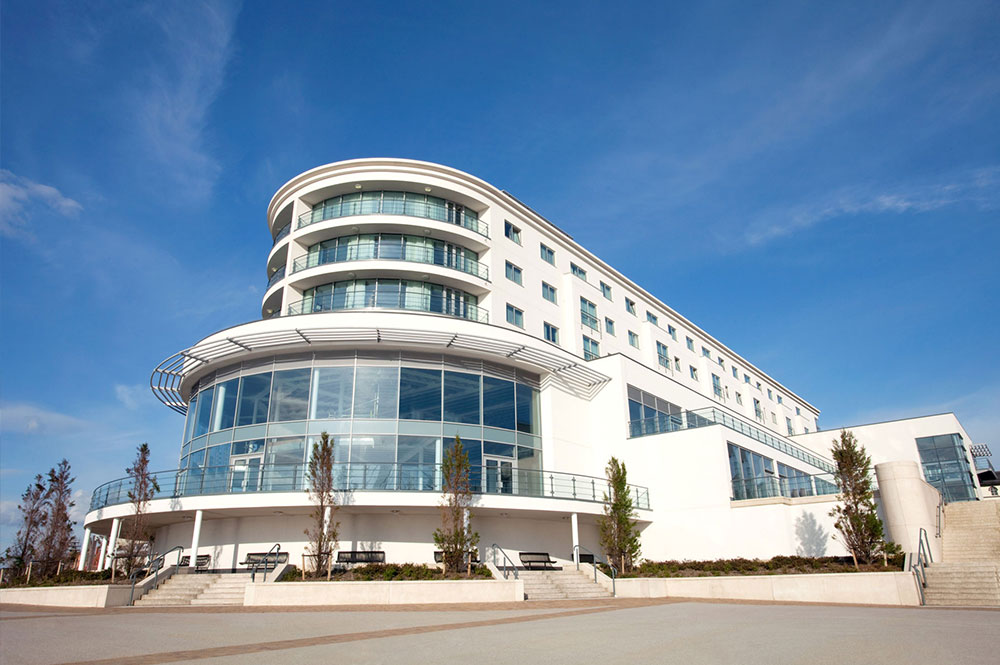 The Ramada Plaza Southport offers the finest in luxury city centre hotel accommodation at the heart of one of the UK’s most classic seaside resorts. Enjoy all the finest state of the art facilities you would expect in a modern Ramada Plaza Hotel yet overlook magnificent panoramic costal views close to some of the best and most famous championship links, Royal Birkdale, Royal Liverpool and Royal Lytham & St Annes. All British Open Venues. The 4 star waterfront hotel has 133 luxury bedrooms including executive rooms with beautiful views across the Marine Lake. Rooms are lavishly designed with bespoke furniture and beautiful soft furnishings. All rooms include internet access, Wi-Fi, LCD TVs mini bar in room safe tea and coffee making facilities movies and air conditioning.

If you decide to leave the planning to someone else JD Golf Tours are among the most trusted names in European golf travel. Based in Shannon, Ireland this outfit is popular and efficient.

Whether designing a customised Golfing Itinerary for individuals, a larger Golf Tour for groups or corporate incentive trips, our focus is to guarantee a Golfing experience that exceeds your expectations and one which you will remember for a lifetime.

Our impeccable reputation now precedes us, the majority of our clients coming from personal recommendations and repeat business. Please fill out our request form. We will prepare a customised proposal and reply back to you. Once you are satisfied, we will confirm availability and finalise your itinerary.

Chat with us now

We are online most of the day

We use cookies to ensure that we give you the best experience on our website. If you continue to use this site we will assume that you are happy with it.OkPrivacy Statement